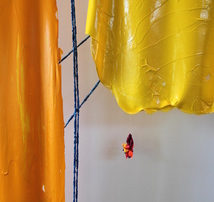 These artworks are a response to news articles and research on the cultural significance of language, Canada’s linguistic diversity, and the preservation of endangered languages.  According to UNESCO more than half of the world's approximately 6,000 languages are expected to vanish by the end of the century, and organizations such as the Endangered Language Alliance Toronto are working to preserve such endangered languages.

The Mother Tongue works give expression to the complex human geography of the City of Surrey, and the City of North Vancouver by drawing on recent Statistics Canada census data, with the data-set Mother Tongue standing in as metaphor for communication — an indicator of diversity and origin — and as a data visualization tool.

Mother tongue refers to the first language learned at home in childhood and still understood by the person at the time the data was collected.  If the person no longer understands the first language learned, mother tongue is classified as the second language learned.  As diverse communities, the residents of the City of Surrey report 95 languages as Mother Tongue, while the City of North Vancouver reports 81 -- which equates to 44.26% and 30.8% respectively, reporting a non-official language as compared to the national average of 20.6%.

To visualize this diversity the percentage of people reporting a specific language as their Mother Tongue is translated into a volume of paint, each with its own colour.  These measured volumes are transformed in yarn dipped in paint, or paint poured into sheets, globs, or spots.  Some languages, such as Panjabi in Surrey, at 20.17% are so large that they are represented by multiple sheets of paint.

A public building like City Hall or a public gallery strive to facilitate a continuous flow of people, ideas, and actions, and those who flow in and out of them transform and are transformed.  At the very essence of such transformation, communication emerges as integral to how communities of inclusivity and diversity engage in ongoing discourse in order to move together and thrive as a communal body.  Due to the significance of its size English is represented by the wall area behind the sculptures, notionally bringing the architecture of the space and the people who move in and out of it, into the work itself. 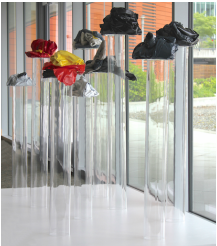 The 12th edition of Bellevue's sculpture biennial showcases sculpture and installations at City Hall, the Downtown Park, and points in between.  In Tuepah's exploration of the 2014 biennial theme of "How we connect with each other, with community, and with the earth", she refers to information and the news to inform her work.

Tuepah selects a digital image, and mathematically measures the amount of each colour represented.  Assigned weights for each colour are converted to volumes of paint, which are then sculpted into paint "nodes" -- as referenced in science as being the convergence between waves, curves, or lines.  In this work the nodes as masses of differentiated material that create a sense of questioning and close observation, encourage the same notions of pause or crossover, but between viewer and content.  One looks beyond what is frozen by the lens, delving into the detail to see not just an image blurred into the excess of images we see on a daily basis, but in seeing the detail we imagine who the people are that are directly impacted by the event. 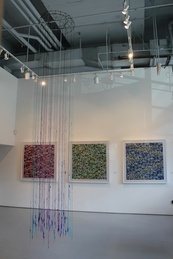 Within the lived experience of the twenty-first century, we are bombarded by and have access to huge amounts of information. It is where technologies allow us to delve deep into the micro and grapple with the macro.  Inherent in the conflict and contradictions that emerge through this experience is the possibility of new imaginings, an unlearning or remapping of art traditions, information, social constructs or science.

Reminiscent of post-minimalism where materiality and the process of production was often an integral aspect of the work, all four emerging artists included in this exhibition seemingly borrow from models of code generation, where simple actions are repeated, ultimately leading to fragmentation and the disintegration of one order in favour of a new.

Experimenting with diverse materials and working in the gaps between forms and genres, their processes create patterns and new ways of considering information. 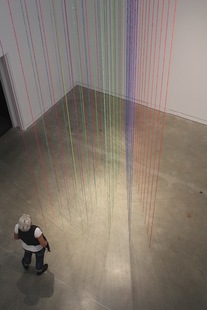 The word emergent can be used to describe an entity's development out of a nascent state.  Emergent can also point to the merging of different cultural formations.  The 19th century philosopher and literary critic G.H. Lewes used the word emergent to refer to things that come out of "co-operation of things of unlike kinds."The emerging artists Patrick Cruz, A.S. Dhillon, and Debbie Tuepah, like many other artists working today, are experimenters with diverse materials and multiple media, working in the gaps between forms and genres.  In particular, Cruz, Tuepah, and Dhillon, all of whom have spent many years living and working in Surrey - have chosen time and again to investigate the emergent intersection points between painting and sculpture.

The artworks presented here span a variety of influences including advertising signage, computer graphics, optical art, text art and landscape painting.  Debbie Tuepah's 18-foot high cluster of paint-dipped fibre strands generates visually pulsing environments inspired by data modeling and information graphics.  A.S. Dhillon's precisely rendered painting of placards and signs, based on his signboard sculptures temporarily installed in public urban and park settings, invite the viewer to consider the nature of public space and the changing role of Canada in broader geopolitical transformations.  By montaging together motion-blurred photorealistic landscapes in suburban England and suburban Canada (the locations of Guildford Surrey in both countries), Cruz's multi-media installation seeks to capture and comment on the increasing similarity between a great number of disparate geographies and how this tendency may be affected by new virtual mapping systems.

In all of the artists' projects, there is a strong sense of both vertical and horizontal space.  Tuepah's tall neon strands parallel the vertical bands in the descending banners of Dhillon's painted cnavas as well as the striped barrier of Cruz's colour bar hedge row.  Likewise, each of the artworks is dynamically activated by the shifting position of the viewer moving through the gallery.  The visual effects of the apparent displacement of the artwork - the apparent difference of position, of an object as seen from two different points of view know in the field of optics as the parrallax effect - unfolds layers of meaning in each of the painting-sculpture combinations.  All three of the artists' contributions, in their own way, wrestle with ideas around publicity and public space, and allude to information technologies' and globalization's effects on geography and the potential for meaningful embodied presence in these geographies.

Jordan Strom
Curator of Exhibitions and Collections
Surrey Art Gallery
http://www.surrey.ca/culture-recreation/1537.aspx
---------
1. George Henry Lewes, Problems of Life and Mind. (London:Trubner, 1875). p. 412
2. Emerging artist is a category sometimes given to an artist at the early stages of their career, who is developing his or her voice, and has created a modest body of work.

Olympics, The Flood, and Other Things to Think About, 3D Gallery, The Arts Centre, Port Moody, BC

Debbie Tuepah explores the fragility and contradictions which form the Western social condition.  Her work considers the tensions at play in all of our lives, as we are bombarded by beauty and horror on domestic and global stages. 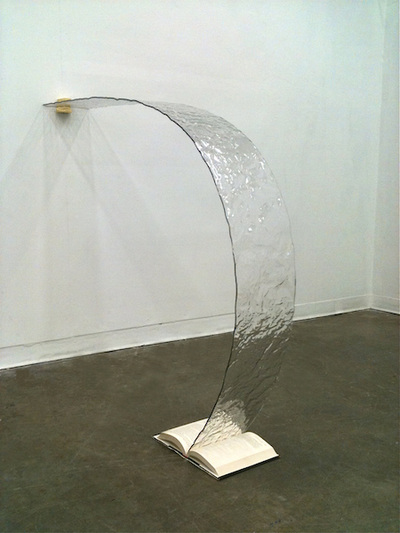 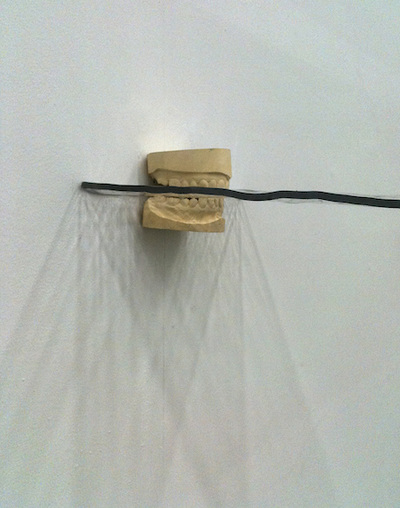